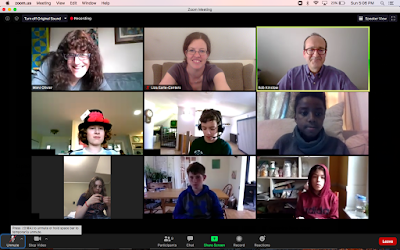 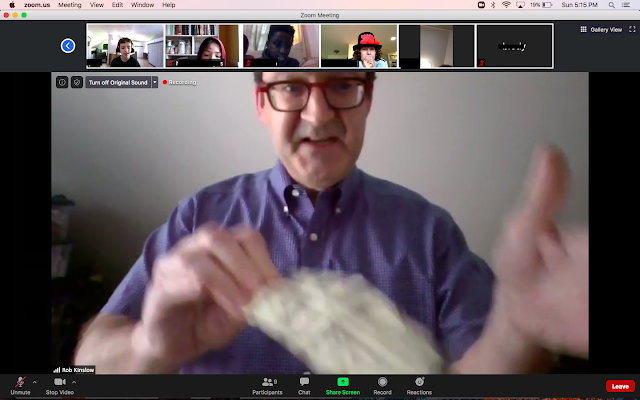 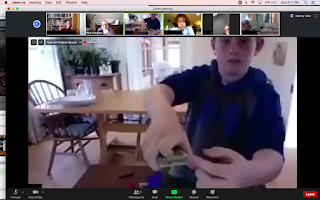 One of the best silver linings of this pandemic time for me is seeing meaningful connections and relationships form that NEVER would have happened otherwise. UU Magic Lab is one of those examples. Here's a middle school class with 8 middle schoolers (3 from UCM and 5 from the UU in Medford, MA) who are dedicated students of Magic doing a 12 week course with magician and UU seminary student, Rob Kinslow. They meet every Sunday at 4pm on Zoom, and many add in an optional practice session on Thursday afternoons.
Rob a classmate of Julie Julie Erickson Bond and because of their connection, he gave the invite to UCM middle schoolers to join in. Rob masterfully inspires and encourages these kids to create, to work hard, to support one another. They start with check-ins and dive into the t 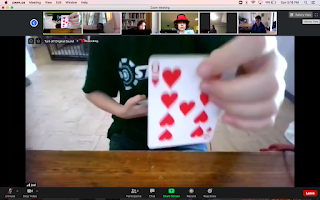 rick details and in the end he always weaves in some connections to UU principles or history at the same time.


I was part of today's class and blown away to see these middle schoolers taking initiative to share tricks they've been practicing on their own (a big risk since they're new to learning them), see them teach each other the tricks. The tone was so supportive and many of them have never even met in person! They've built up some really nice rapport. We're hopeful to have an in-person gathering at some future date and offer a real LIVE magic show! Thank you to Julie Erickson Bond for making the connection happen, and also to Mimi Olivier (DRE in Medford) and of course, Rob Kinslow and all the fabulous youth. 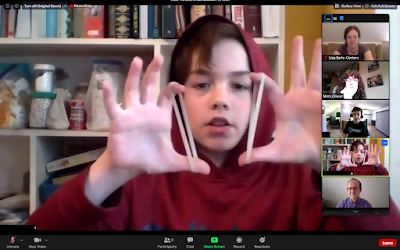 During the session pictured here, since the kids were sharing tricks they were learning to create on their own, Rob mentioned Henry Nelson Wieman. Rob says, "He wrote The Source of Human Good. Hardest book I ever read -- literally took me months to read -- but possibly the most important book I read in all of seminary. If I've interpreted him correctly, the source of human good is the creative event, divine creativity -- not creation itself, but the act of creating and creating the conditions for creating." 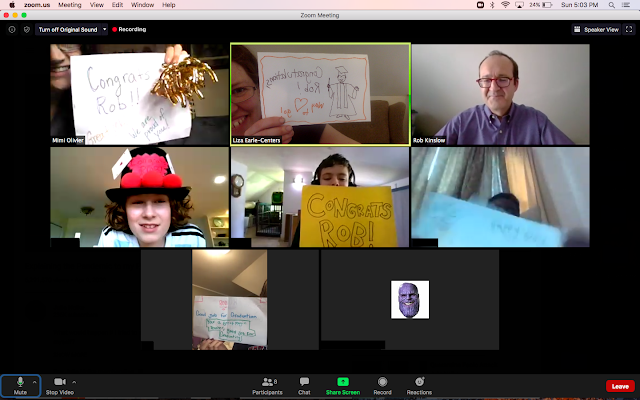 Above: the group made cards for a surprise celebration of the fact that Rob graduated from seminary a few days prior!  He's an official UU minister! 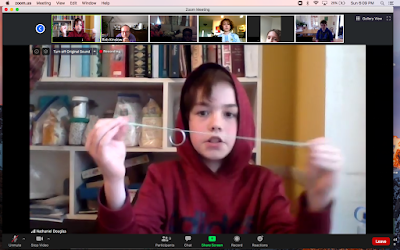 Thank you for wanting to post a comment on our page! Since this is a page viewed by children, all comments will be reviewed before being published.

Letter from Liza, Director of LSE re: Leave Time for Jan. and Feb.

Dear UCM, I used to be a competitive cross-country runner in high school. Sometimes at the starting line of a big race I would yawn. At firs... 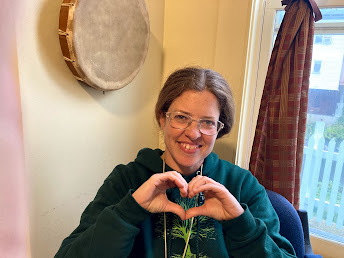